Ryan Knutson was an intern at ProPublica. A graduate of the University of Oregon, he's written for The Wall Street Journal, The Oregonian and The Daily Graphic of Ghana. He's also spent time as a radio reporter for OPBNews in Portland, Ore. 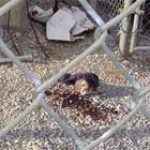 Anatomy of a Cell Tower Death

A half dozen companies, including AT&T, played a role in the cell site project on which William “Bubba” Cotton died. So who controlled the work site? And who was responsible for the safety of subcontractors working on it? 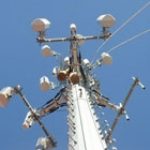 After a Tower Climber Falls, Stand Down Called for on AT&T Projects

Following a worker’s non-fatal 100-foot fall from a Texas cell tower last week, one of AT&T’s construction management firms has instituted a stand down across several states, requiring that its subcontractors review safety practices. 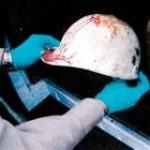 Fifty men have died in accidents on cell sites since 2003, but federal workplace safety regulators have few tools and little will to impose consequences on the companies that count on their labor. 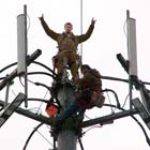 In Race For Better Cell Service, Men Who Climb Towers Pay With Their Lives

Corporate giants have outsourced the dangerous work of building and maintaining communications towers to tiny subcontracting companies. Over the last nine years, nearly 100 workers have died, 50 of them on cell sites. 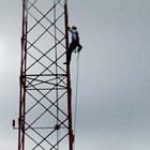 Methodology: How We Calculated the Tower Industry Death Rate

How we calculated deaths per 100,000 workers for the tower industry using OSHA's methodology. 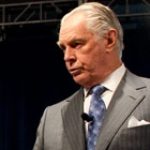 A new document uncovered last week might help to clear up some confusion over comments made earlier this month by the Oil Spill Commission's chief counsel. 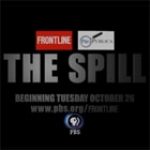 The Documentary BP Wants You to Disregard

In a speech today, BP CEO Robert Dudley warned London's business leaders that an upcoming report and documentary from ProPublica and PBS FRONTLINE would paint an unflattering picture of the company's safety record. He defended BP's record on safety but said the company would continue to work to improve. 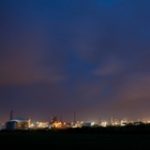 Two weeks before the Gulf blowout, a BP refinery in Texas spewed tons of toxic chemicals into the air. 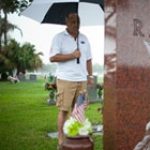 A 2005 blast that killed 15 at a Texas BP refinery in 2005 holds many similarities with the Deepwater Horizon blast.

Another (Sigh) Increase in Estimate of Oil Flow

The estimated size of the oil spill in the Gulf rises yet again, to 25,000 to 30,000 barrels a day. BP says it’s hard to measure flow, but in 2008, it touted technology that it said was accurate at doing so.

Internal investigations warned BP for years that the company had created a culture of disregard for safety and environmental rules and risked a serious accident if it did not change its ways. While the investigations focuses on BP's Alaska drilling operations, the lessons apply to the Gulf as well.

A Mystery: When Did Gov’t Exempt Gulf Drilling from Detailed Enviro Reviews?

The Minerals Management Service waives environmental studies for oil drilling in much of the Gulf of Mexico. But even the government seems unsure how that decision came about.

Cleanup Boats Sent to Shore After More Workers Get Sick

Investigations You Need to Read: Wednesday, May 19